Apologies. I spent my weekend visiting some friends in Texas and didn’t get back till late-ish Monday night. However, I do finally have some photos to show for it. It was a wonderful visit, and I was sad to leave – but I’m so happy to be home with my family again.  Here are a few I like, and the rest are here.

I missed my little family.

But I got to the airport and it was very peaceful and quiet.  Especially when I got onto the plane and immediately ordered a drink.

Big Man Jude was there to greet me at the airport.

We finger-painted and made a prayer flag for his little sister, Jocelyn. We made our own for her, as well.

We went to a local place and got a couple beer-garitas. And then we decided it was a good plan to go (notsober) Targeting.

Ruby was not impressed with the amount of shennanigans while I was there.

There was popcorn (and more drinking) after (notsober) Targeting while we played some games.

Olive mostly just wanted me to sit still so she could lick me or scratch her butt.

After allowing the prayer flags to dry for a couple of days, here’s what we have to show for a weekend. Shortly, they’ll be shipping to Australia for this amazing project. Not a bad weekend, I think.

P.S. Not my finest batch of photos, but it’s hard to shoot when you’re drinking all weekend. That’s all I’ll say.

It was a pretty quiet week around the Klein house. Emma was sick for most of it, and not really up for doing much. By Saturday afternoon, we were all going stir-crazy and decided to take a quick trip to Cox Arboretum for some fresh air. We knew Em wouldn’t last long, but we made the best of the time we had and hit the butterfly house as well as the new Tree Tower (which, sadly, wasn’t open yet).  Here are a few shots from the day, but as always, the rest are here. 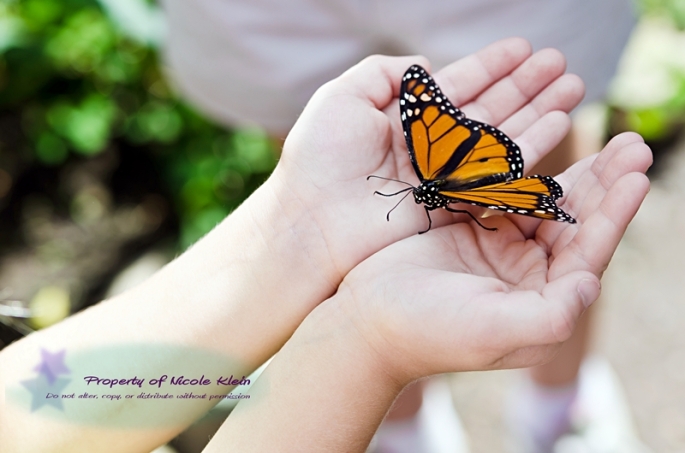 This past week, a few cool things took place.  Emma was lucky enough to get to hang with Grandma, Uncle Mike, and Cousin Paige again, this time at our house.  Also, she got to see her first roller derby bout, courtesy of the Gem City Roller Girls having a bout against Toledo this weekend.  Emma also got to go to her first German Festival for lunch Sunday (she LOVED the sauerkraut and German potato salad).  Finally, Em turned NINE MONTHS.  Where has the time gone?

As always, here are some of the favorites – but the rest can be seen here.

At first, Em was a little taken aback by the clear enthusiasm Paige was showing. 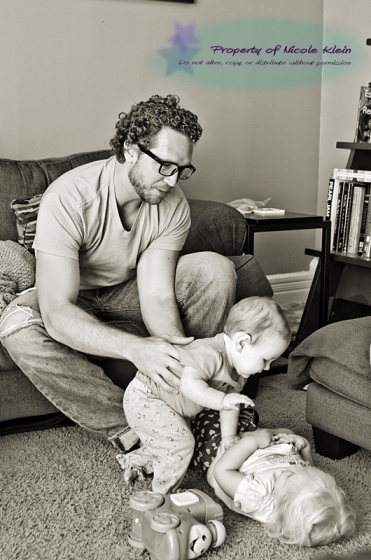 That is until Uncle Mike taught her how to tickle.

She quickly became a tickling expert with her scratchy, pinchy little fingers.

But then Paige decided it was time to show off the skills she learned at dinosaur week at her daycare. The roaring was terrifying.

And Paigey needed some Daddy snuggles – I presume she even terrified herself with the roaring.

After the snuggles, everyone was friends again. No dinosaurs were harmed in the making of these photos.

Em didn’t quite understand what was happening, but she did really like the disco balls once the lights went down.

The Gem City Roller Girls were rough and ready. 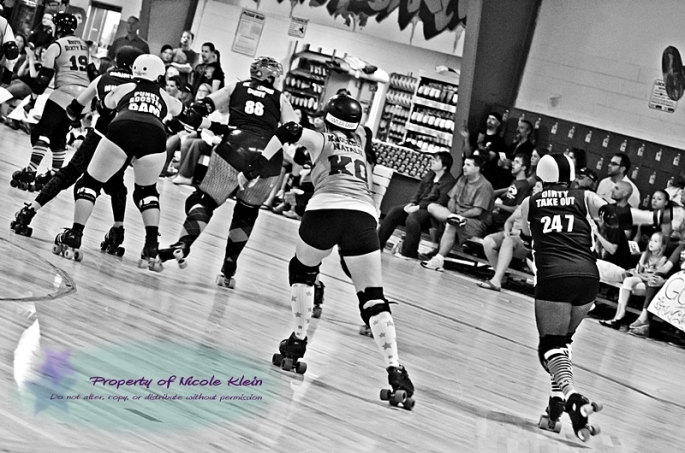 The skating was fast… 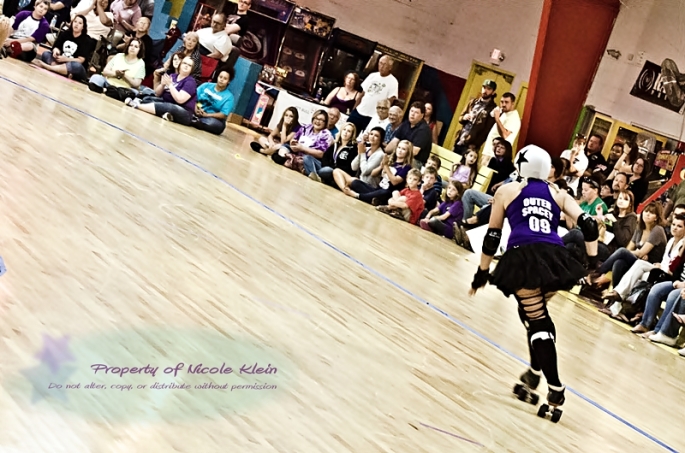 The skirts were short and the shorts were tight (which made Keith happy).

There was quite a fan following.

A few elbows were thrown.

Emma spent some time practicing her mobility – I assume she is hoping to be a GCRG one day.

In the end, after all the hard work, GCRG came out on top.

The only decent shot I got from the day – Emma is starting early. She was chewing on the empty bottle neck like it was her job. I’m sure we weren’t being judged at ALL. 🙂

Thanks to Keith’s parents for coming up with a clever nine-month theme!

Sorry this is a couple days later than normal – but we just got back from an out-of-state visit with my dad and his wife in Virginia.  I took a TON of photos.  It was exhausting. It was fun. It was a learning experience – traveling with an almost 9-month old isn’t for the faint of heart. But I am so happy we went.  Here are a few shots, here are the rest:

Emma was overtired and a little clingy.

But eventually, Emma perked up and got to use her grandparents as a jungle gym.

Emma watched the Olympics with Grandpa – and the results were shocking.

She chewed on some cat toys.

Much to the chagrin of the cats. They were not pleased to see Emma. 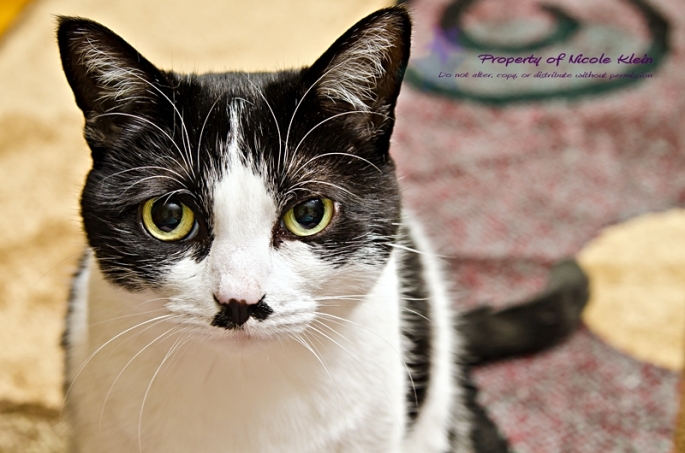 She was NOT interested in sleeping, regardless of how tired she was.

We had a ball reading the newspaper. Hurricane Emma strikes again.

Grandpa taught her how to yo-yo. Well, he tried. But she’s still a little shaky.

We went swimming for the first time.

We splashed, and screamed, and giggled.

We took to it like a fish to water.

Unfortunately, we kept trying to slurp the chlorinated water.

After a couple hours, we were all very tired. And VERY hungry.

So we packed up the car, chilled out a little while, and took off for home.  It was pretty rainy, which makes for good napping.

The road was long, and a bit dreary, but we made it home safely.

A wonderful visit was had by all (besides the cats).